Doing justice in a digital environment: options, opportunities and obstacles for tribunals

This session will consider the challenges of delivering justice in ways that are simple, quick, inexpensive and informal in circumstances where:

How can tribunals ensure that they act fairly and efficiently in such circumstances? 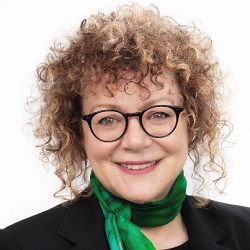 Dr Carolyn McKay is a Senior Lecturer at the University of Sydney Law School where she teaches Civil & Criminal Procedure, Criminal Law and Digital Criminology. She is also co-Director of the Sydney Institute of Criminology. Carolyn currently serves on the NSW Bar Association Innovation & Technology Committee and served on the 2019 NSW Law Society Legal Technologies Committee.
Carolyn is recognised for her research into technologies in justice, specifically audio visual links, published in her monograph, The Pixelated Prisoner: Prison video links, court ‘appearance’ and the justice matrix (2018) Routledge. She has researched and published on other technologies in criminal justice including algorithms and Artificial Intelligence, police body-worn cameras and prisoners’ access to technologies.
Carolyn has recently been awarded a prestigious Australian Research Council ‘Discovery Early Career Research Award’ for ‘The Digital Criminal Justice Project: Vulnerability and the Digital Subject’ that she will undertake July 2021 – June 2024. 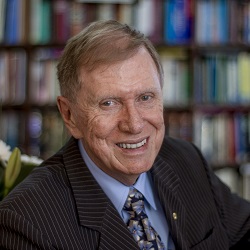 Former Justice of the High Court of Australia

The Hon. Michael Kirby was first appointed to judicial office in 1975 as a Deputy President of the Australian Conciliation and Arbitration Commission. Thereafter he was appointed to the Federal Court of Australia; as President of the Court of Appeal of NSW; and as a Justice of the High Court of Australia (1996-2009). When he was chair of the ALRC (1975-84) he also served on the inaugural Administrative Review Council (1976-84). It was in this period that the federal AAT was established and the new administrative law was enacted. 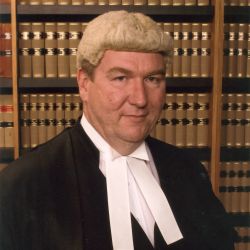 The Honourable Justice Martin Daubney AM was appointed to the Supreme Court of Queensland on 13 July 2007, and as President of the Queensland Civil and Administrative Tribunal in October 2017. Initially practising as a solicitor, he was admitted to the Bar in 1988. In 2000, he was appointed Senior Counsel.In 2017, Justice Daubney was awarded the prestigious AILA Insurance Law Prize by the Australian Insurance Law Association.  More recently, his achievements and contributions to the University of Queensland and the University Colleges have been recognised by the conferral of the 2019 Colleges’ UQ Alumni Award.
Justice Daubney’s appointment as a Member of the Order of Australia for significant service to the law, and to the judiciary, to education, and to the community was announced in the 2018 Queen’s Birthday Honours list.