Done well, an immediate oral judgment at the end of a hearing has obvious, tangible benefits: instantaneous closure of the case for the parties, tribunal efficiencies – and, one less reserved decision!

It’s much easier said than done, of course. It isn’t easy, and many find the whole idea nerve-wracking. And speed can have a cost, and some pitfalls.

Two experienced judges (and, former tribunal members) explore the big questions (Is this a suitable case?) and all the elements and facets of the exercise – ensuring your oral decision touches all the necessary bases; preparing yourself, and organising your material; managing the hearing in ways that help you; and effective, lucid, and logical delivery. 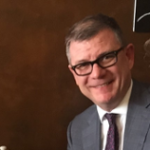 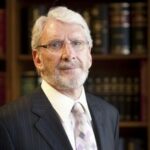 The Honourable Mr Alan Wilson QC, former Judge of the Supreme Court of Queensland and inaugural President of Queensland Civil and Administrative Tribunal.