This session will discuss the personal experiences of developing and delivering training workshops in many countries, particularly Pakistan and Afghanistan, on sensitive topics such as gender, discrimination, equality and violence against women. It will describe and reflect on how trainings on gender sensitisation of procedures and conduct in courts can change mindset and empower leaders for the future. It will reflect on stereotypes as well as conscious and unconscious biases that we all have and why it is important to address them as tribunal members and leaders. 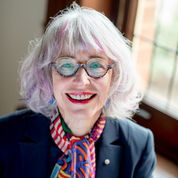 Former Justice of the Supreme Court of SA

My first appointment to the bench was as a Judge and Deputy President of the South Australian Industrial Court and Commission; then a Deputy President of the Commonwealth Administrative Appeals Tribunal and finally a Supreme Court in South Australia. Since 2010 I am an Adjunct Professor at the University of South Australia, Justice and Society and also work as a Judicial Education and Program Development Consultant. As a consultant for the UN International Labour Organization (ILO), I deliver training for judges, arbitrators, mediators and lawyers on labour law and human rights standards in more than 10 countries. As a consultant for the Asian Development Bank (ADB) I have promoted gender issues for women. In Pakistan and Afghanistan, I delivered training programs for judges and prosecutors including setting up Gender Based Violence Courts. In Mongolia, Lao PDR and Fiji I am delivering capacity building workshops on strengthening women’s resilience to climate and disaster risks. Most recently I am working as a consultant on promoting Gender-Responsive Judicial Systems in Timor-Leste and 2 other pacific countries. 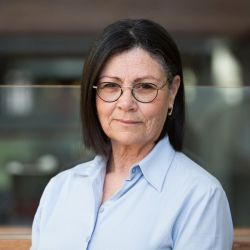 Professor Monica Attard OAM spent 28 years at the ABC, working across radio and television. Monica holds a Bachelor of Arts, Bachelor of Law, Order of Australia for services to journalism and is the winner of 5 Walkley Awards for excellence in journalism (including gold).

She is best-known for hosting some of the ABC’s flagship programs, including PM, The World Today and Media Watch, and being a reporter and foreign correspondent for AM. A journalist for 35 years, she has also been a TV and radio reporter, including for Four Corners and Lateline, a foreign correspondent and was the foundation editor of the website, The Global Mail.

She was the ABC’s Russia correspondent at possibly the best time in modern history to be a Russia correspondent. She reported on the coup against Mikhail Gorbachev, the collapse of Soviet communism, the rise of Boris Yeltsin and his peculiar brand of capitalism and democracy, the first Chechen war and she covered civil wars across the old Soviet Union. Four years of covering the revolution left her with just enough energy to pump out a book about the events – Russia, Which Way Paradise?

She is a professor of journalism and co-director of the centre for media transition at University of Technology, Sydney.