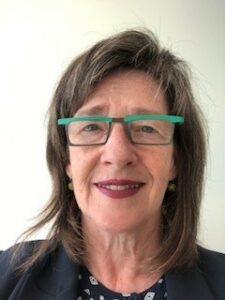 Magistrate Fiona Hayes graduated from Monash University with an Arts/Law degree in 1990.  She worked as a solicitor in criminal law, disability discrimination law, refugee, civil and mental health law. From 1998 to 2005, Fiona worked in government policy. In 2005, Fiona worked as a Judicial Registrar at the Federal Court of Australia until her appointment in 2007 as a Victorian Magistrate.

For 10 years, Fiona worked in Gippsland, in Eastern Victoria with roles including Lead Family Violence Magistrate and Regional Co-ordinating Magistrate. In 2018, she returned to the Melbourne Magistrates’ Court and commenced in the role as Supervising Magistrate for the Victims of Crime Assistance Tribunal.

Fiona was appointed to the newly established role of Lead Magistrate for Wellbeing in 2020. In that role, she sits on the MCV Health and Wellbeing Committee and the Chief Magistrate’s Advisory Board.